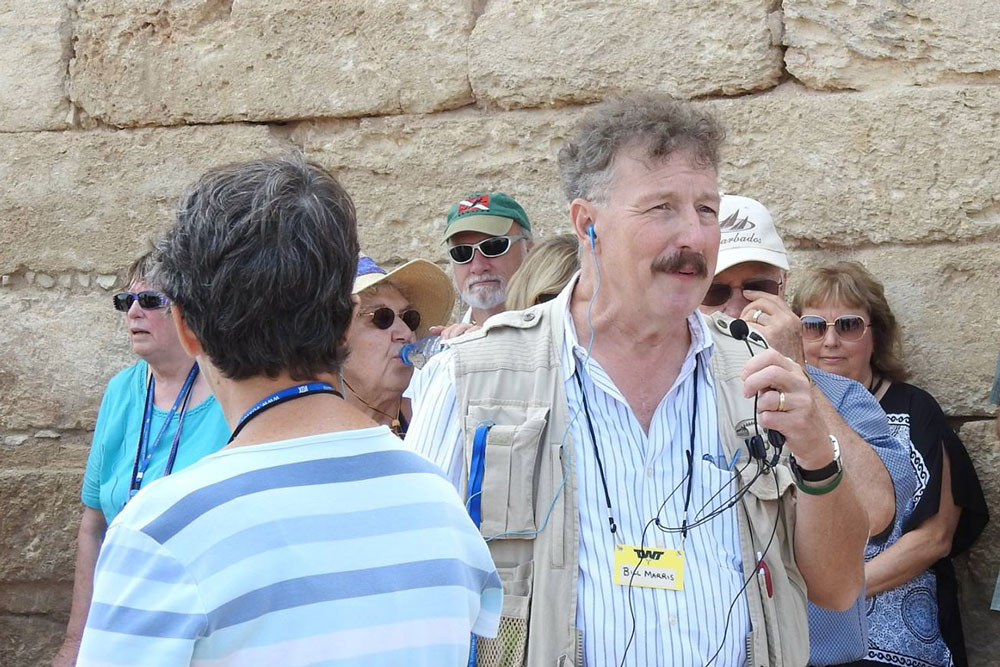 William Marris has taught Biblical courses for the past forty-five years at a number of churches, adult Sunday-schools, small groups, and at a local Milwaukee Bible College. He is the founder of Lake Country Circuit Rider Ministries, Inc., a Bible teaching mission to Southeastern Wisconsin and the nation. In addition, Bill has served as an Elder at Divine Redeemer Evangelical Lutheran Church, Hartland, WI, and again at Oakwood Church, in Delafield, WI.

William Marris has visited and led excursions to many Biblical sites in Israel, Egypt, Jordan, Turkey, Greece, and Italy; and has made short-term mission trips to Russia, East Africa, and to Papua New Guinea. His lifetime goal is to proclaim the Lord Jesus Christ “to the ends of the Earth” (Acts 1:8), and he has travelled to nearly seventy countries, all fifty states, and has personally testified about the Lord Jesus Christ on all seven continents.

Bill and his artist wife Lynne seasonally commute between the “Lake Country” of Oconomowoc, Wisconsin, and the Sonoran Desert of Anthem, Arizona. Together they have three adult married children, seven grandchildren.